Garlanding of the Bust of Rabindranath Tagore

To commemorate the 155th Birth Anniversary of Gurudev Rabindranath Tagore, on 6th May 2016, H. E. Mr. Y.K. Sinha, High Commissioner of India garlanded the bust of Rabindranath Tagore at the Main Library of the University of Colombo in the presence of the academic community and Tagore aficionados. Senior Professor Lakshman Dissanayake, Vice Chancellor | University of Colombo, Mr. Arindam Bagchi, Deputy High Commissioner of India, Mrs. Rajeshree Behera, Director | Indian Cultural Centre,  Professor Sandagomi Coperahewa Director| CCIS,  Deans of the Faculties, Heads of the Departments,  other academics and other invitees participated for the event. This bronze bust of Tagore was gifted by the Ministry of Culture, Government of India in connection with the 150th Birth Anniversary of Rabindranath Tagore in 2012.  This event was jointly organized by the Centre for Contemporary Indian Studies of the University of Colombo and the Indian Cultural Centre, Colombo. 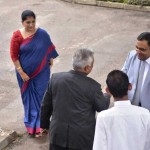 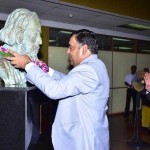 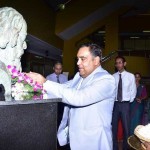 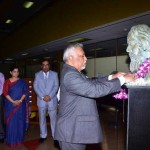 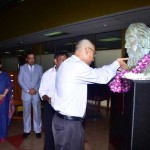 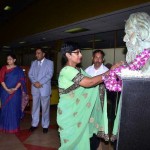 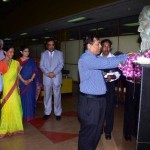 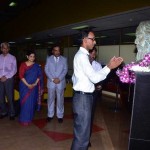 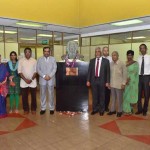 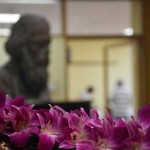 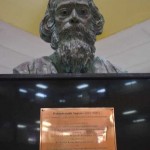