The Jataka project is an ongoing and joint project by the Centre for Contemporary Indian Studies (CCIS) and Swami Vivekananda Cultural Centre (SVCC), the cultural arm of the High Commission of India, Colombo, initiated in relation to the 75th Independence Day of India with the intention of extending a rare benefit for the differently-abled individuals in Sri Lanka. The project is implemented with the guidance of Chair Senior Professor Upul Ranjith Hewawitanagamage, Director of the Centre for Contemporary Indian Studies as a long term project and in its first phase, an audio book of 50 Jataka stories under the theme of ‘Good Advice” will be released. The recordings of the Jataka project commenced from 4th November 2021. The Voice Artists of the project are Chair Senior Professor Upul Ranjith Hewawitanagamage (Director, CCIS) and Ms. Wathsala Samarakoon (TV Presenter & Hindi Research Scholar). The first set of Jataka stories are planned to be released in May 2022 in celebration of Vesak Day. 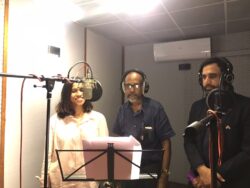 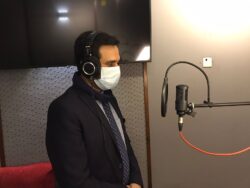 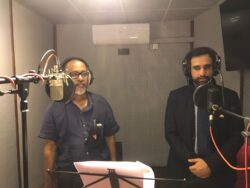 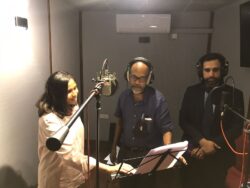